With one of my favorite facial cleanser’s returning this fall, Let The Good Times Roll, I have decided to write this blog about where some of the LUSH products names have originated.

Let The Good Times Roll is one of my favorite facial cleansers because of the smell, texture, and ingredients. It smells exactly like graham crackers, cinnamon, and holidays, especially Thanksgiving and Christmas. The consistency of this cleanser is phenomenal because it is like putting fresh graham cracker crumbs all over your face. No wonder Let The Good Times Roll smells and feels like this, the main ingredients are maize, polenta, cinnamon, popped corn oil, and flour. According to LUSH Times it smells like buttery caramel popcorn! Overall this is one of my favorite LUSH products because of the familiar smell and memories it brings up, which stands out from many other LUSH products.

Interestingly, Let The Good Times Roll was inspired by song and many other LUSH products. For example, the honey-toffee body wash, It’s Raining Men, was inspired by The Weather Girls because “LUSH-ies” believed that while lathering up with this shower gel, made them want to sing to the heavens because of the smell, texture, and overall experience. Another example of a product relating to song is the lotion, Sympathy for the Skin, which consists of mashed bananas, almond oil, and vanilla. This lotions name was inspired by The Rolling Stone’s song, Sympathy for the Devil.

In the PR field, I believe that naming various beauty products after musicians and songs is a great way to introduce and sell products to the consumer. For example, someone who has a passion for The Rolling Stones would have a greater interest trying a lotion that somehow relates to their music rather than a lotion with a more generic name such as, banana lotion. Naming products after memorable musicians can also be a great way to generate news for LUSH. For example, if The Rolling Stones were coming out with a new album, they could give out samples of this lotion to every costumer in support of this new album. Another idea, would be to create an Instagram/Twitter competition where people post creative pictures of them using Sympathy for Skin and the winner would get a year supply of one LUSH product, or something along those lines.

What do you think? Is it a good idea to name products after songs? 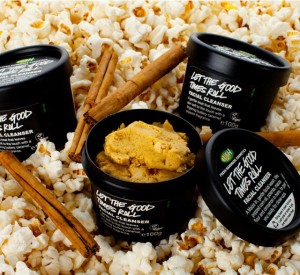 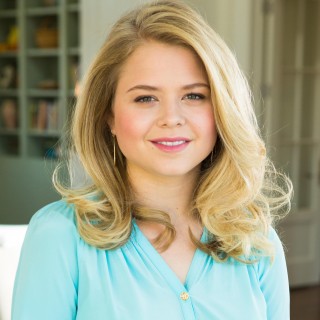 Marist College senior studying Public Relations and Political Science with strong motivation and passion to excel in the Communications realm. This blog presents Andrea's love for the cosmetic industry and her studies.